In Buddhism, Brahma is regarded as the part of the Buddhist cosmology. He is the lord of the heavenly realm of rebirth called the Brahmaloka. In Buddhist culture, the iconography of Brahma varies along with the ideology but normally, he is represented by four faces and four arms. 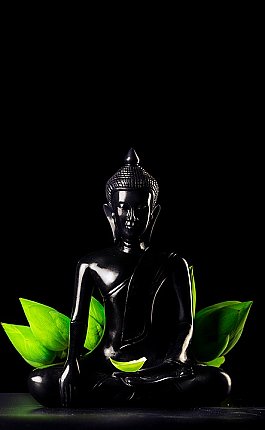 Due to several reasons, the origins of Brahma is uncertain in Buddhism and as well as in other Indian religions. According to KN Jayatilleke, the Rigveda express skepticism about major deities. The Veda questions that the major deities such as Indra even exists or not. It also questions that whether the universe has any creator or not.

But the late Vedic hymns inquire the nature of true and valid knowledge, empirical verification and absolute reality. With this Vedic, the early Upanishads were built and the Buddhism, Jainism, and other skeptical traditions have also emerged, side by side. In Buddhism, the Brahma was denied as a creator and also to delegate him as less important than the Buddha.

In Hindu literature, the deity Brahma was first mentioned with Vishnu and Shiva in the fifth Prapathaka of the Maitrayaniya Upanishad. It is believed that this literature was composed in the late 1st millennium BCE only after the rise of Buddhism. Thus the spiritual concept of Brahma is far older than the suggested. Some of the scholars believed that the deity Brahma may have emerged as a personal conception and icon with attributes of the impersonal universal principle called Brahman.

Gananath Obeyesekere states that the Buddhist polemically attacked the Vedic and Upanishadic concept of Brahma and Brahman. It was believed that the critique of Brahma aimed at ridiculing the Vedas, but the same text regard Metta as the state of union with Brahma. The early Buddhist approach retained the Brahmavihara aspects of Brahma in the Buddhist value system but it rejects the creator aspects. Deity Brahma is also mentioned in the samsara doctrine and cosmology of early Buddhism.

Classification of Brahma in Buddhism 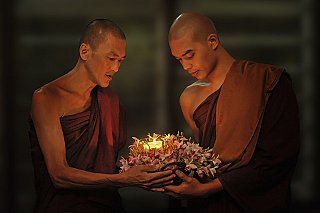 In Buddhism, the term Brahma refers to the leading god. In some sutra, the term broadly refers to all beings who live in heavenly realms. Likewise, the ancient and medieval Buddhist texts define seventeen or more Brahma realms. It is believed that the beings reach in these realms in the afterlife based on monastic achievement and karma accumulation. This texts also mention that the Brahma is referred to any deva resided in the heavenly realms. It is also believed that the Buddhist god Brahma himself resides in the highest of the seventeen realms, the Akanisha.

The multitude of Buddhist Brahmas are as follows:

Arupyadhatu Brahma: this Brahma is the deities that belong to the formless realm of existence who enjoy the highest heavenly pleasures in an afterlife.

Rupadhatu Brahma: this Brahma is the deities that belong to the anthropomorphic form realm of existence who enjoy moderate heavenly pleasures.

Kamadhatu Brahma: this Brahma is the deities that belong to the lower heavenly realms of existence.

Baka Brahma: he is a deity who believes that his world is permanent and there are no higher worlds than his. He is mentioned in Majjhima Nikaya.

Brahma Sanatkumara: Brahma Sahampati is recalled as having created an illusionary presence to make himself perceptible to the coarser senses of Sakra and the gods of Trayastrimsa. He is mentioned in Janavasabha Sutra.

Mahabrahma: Mahabrahma is the being who dwells in the upper heaven and is referred as the king of heavens. He is mentioned in Digha Nikaya.

Brahmavihara: Brahmavihara refers to the meditative states achieved through the four Rupajhanas. The Brahmaviharas are benevolence, compassion, empathetic joy, and equanimity. As Metta Sutra suggest when the beings cultivate these aspects then they will be reborn into a Brahma realm in after life.