Buddhist Deity, Skanda is also known as Wei Tuo who is regarded as a devoted guardian of Buddhist monasteries. He is Mahayana Bodhisattva who guards the teachings of Buddha. In Chinese tradition, he is referred as Hufa Weituo Zuntian Pusa, which means Honored Dharma Protector Skanda Bodhisattva. This is because he is the leader of the twenty-four celestial guardian deities mentioned in the Golden Light Sutra.

In the main shrine of the Chinese temples, the statue of Skanda is placed facing the Buddha statues whereas, in others, the statue of Skanda is placed on the far right of the main shrine. He is mostly placed along with his counterpart Bodhisattva Sangharama towards his left. In Chinese sutras, as a reminder of the Bodhisattva Skanda's vow- to protect and preserve the Buddha's teachings- his image is placed at the end of the sutra. 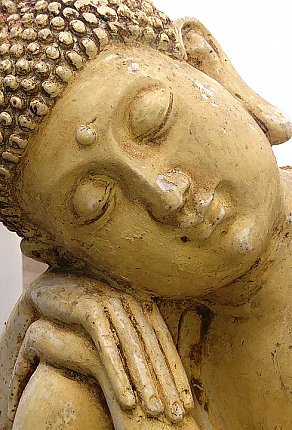 Skanda is depicted as a young man equipped with armor and headgear of a Chinese general. He is portrayed leaning on a vajra staff. Some of the people believe that Skanda may have introduced from Hinduism since the title of the Hindu god is same while others focus on Skanda to be a manifestation of Vajrapani, a bodhisattva who bears some relations to Skanda. They both wield Vajras as a weapon, are portrayed with flaming halos, and are both heavenly protectors of Buddhism. It is believed that Skanda may be connected through Vajrapani through a theory to his connection to Greco-Buddhism, as Wei Tuo's image is reminiscent of the Heracles depiction of Vajrapani.

There are various legends behind Bodhisattva Skanda. Some of them are as follows

One of the legends says that Skanda was the son of a virtuous king who had complete faith in the Buddha and his teachings. When the Buddha entered nirvana, the Buddha instructed Skanda to guard the Dharma. He was instructed to perform the following duties- to protect members of the Sangha and to resolve conflicts amongst members of the Sangha. He was able to perform his duty sincerely when the evil demons stole the Buddha's relics after the Buddha was cremated. He was able to return the relics from the evil demons. 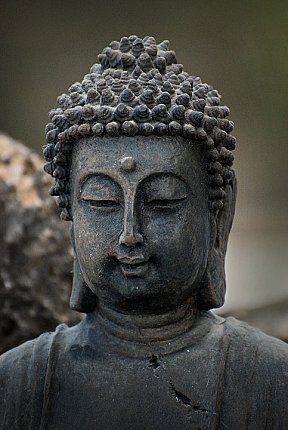 The other legend states that when the Bodhisattva Avalokitesvara was reincarnated as the princess Miao Shan, Skanda or Wei Tuo was one of the generals in her kingdom. Skanda loved Miao Shan but he realized that he could not be the proper partner to her. He realized the differences between them. She was a pure person with lots of compassion. Due to her temperaments, Skanda decided to stay faithful and devoted to Miao Shan. Later the two couple escaped the palace with the help of the general suitor. He also helped to build a temple and a kingdom of Miao Shan. But the cruel king found both of them and killed them both. Due to pure devotion to the lady Miao Shan, Skanda transformed into a Bodhisattva and took the vow to always serve and protect Avalokitesvara.

Another legend state that Miao Shan was thought to be an incarnation of a demon. Therefore, her grandmother asked her father, the emperor to throw her to the ocean. The love for his daughter made him save her daughter. He requested the soldier, Luo Ping, to pretend as if he threw Miao Shan to the ocean. Luo ping brought Miao Shan to Yin Ma, the mother of Wei Tuo and then Miao Shan lived there. Later an evil fish demon with the motive to take a revenge on Miao Shan came here. The demon sent Huo Yi and his troops to kill Miao Shan. As instructed they went to the village and attacked them. In the fight, Huo Yi's son killed Wei Tuo. After Miao Shan became the Bodhisattva Avalokitesvara, she made Skanda a Bodhisattva guardian because he took care of Miao Shan and loved her as a sister.