View our collection of Buddhist arts and statues

Thailand is a country located in Southeast Asia sharing its coastline with Andaman Sea and Gulf of Thailand. It borders with Myanmar and Laos to the north, Laos to northeast, Cambodia to southeast and Malaysia to south. The Thai people begin to settle down from the 6th century and ruled over most of western part by the end of 13th century. Thailand has never been under the foreign invasion. Though it was during the colonial foothold of British in 1824 but in 1896 Anglo French grant independence Thai’s. Thailand is a magnificent country for travelling with great variety of cuisines, fascinating culture, varying plateaus, breathtaking mountains as well as resplendent beaches. We can say that Thailand is a beautiful country having abundant natural beauty and sceneries. Nation comprises of local tribes living from ages to migrants from different countries. Thailand is mostly popular for its tourism and religion. It is interesting to see that majority of Thai people follow Buddhism. The devotion towards the religion is visible widely from the alluring monasteries, Gumbas and temples, they have constructed for preserving the significance of Buddha and his principles. 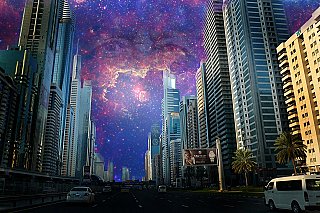 Tourist travelling to Thailand will ascertain a country in transition from the remote villages to illumination of lights in city which is really captivating to spend a night life in cities like Bangkok, Ayutthaya, Chiang Mai, Chumphon, Chiang Rai, Kanchanaburi, Nakhon Ratchasima, Pattaya, Sukhothai, Surat Thani and many others. People visits Thailand for many reasons, where pilgrimages visit for knowing about Buddhism which is now being followed by enormous mass worldwide. While other expeditor travel with a purpose of enjoying a new beautiful place along with getting familiar with the religion a foreign nation. Well Thailand is strenuously rich in thick green jungles, bluish water which brings a feeling of warmth in you and the amazingly delicious foods that will curl your nose hair. Thailand is popular for the local foods which are served by the local people in street markets. At night streets are filled with different vendors who are engage in selling their own local products to the public and visitors. Since, Thailand is known for tourism, a visitor can find the different ranges luxurious hotels in the bank of rivers to skyscraper hotels in the city lights. Whether it is the tall buildings or the remote mountainous or beach area, wherever you may be the view is always adorable.

It is noteworthy that, though the country is rich in natural flora and faunas. Significantly, it also has the rich cultural background, long history of following Buddhist traditions, business center in southeast due to its suitable geographical location, stable political system, strong economy and adaption of latest infrastructures. Since, Thailand is a counted destination for monks and Buddhists. You can found the devotion of Thai people portrayed in construction of tall golden stupas and Buddhist architecture. Theravada Buddhism is being followed by the Thai people who are influenced by the Theravada school imported from Sri Lanka. Pali is the language of religion in Thailand. Have the pleasure of visiting Thailand once and enjoy the alluring natural scenery, opulent history of Buddhism and of course the splendid hospitality of local people.

View our Buddha statues from Thailand