Angulimala is known as a ruthless serial killer who wears a necklace/ garland of fingers of those who he killed. Later, he was redeemed by a sincere conversion to Buddhism through the conversation with the Buddha. He is mostly mentioned in Theravada Sutra.

Angulimala as mentioned in Pali Canon 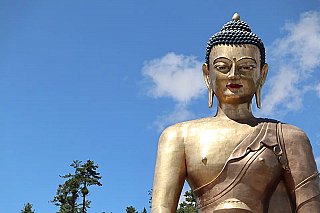 In Pali Canon, two texts mention Angulimala's initial encounter with the Buddha and his conversion. The first one is the Theragatha and the second one is the Angulimala Sutra in the Majjhima Nikaya. Both of the scriptures include the short description of Angulimala's encounter with the Buddha. There is hardly any background information about Angulimala. The background information was later incorporated into the story may represent attempts to present the positive character of Angulimala. It was to show that Angulimala was a fundamentally good human being entrapped by circumstance, rather than as a vicious killer. Even the texts mentioned in the Sutra do not provide any other motive than pure sadism.

Life of Angulimala as mentioned in Pali Canon

As mentioned in the Sutra and commentary texts, at the time of Angulimala's birth it was forecasted that he would become a robber. Being born to the Brahmin Family, he was named Ahimsaka as an attempt to prevent the dark fate. The word Ahimsaka is derived from the Sanskrit and Pali word Ahimsa which means the harmless one. 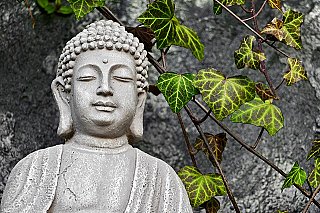 As Ahimsaka was grown up, he was sent to Taxila to study under a well-known Brahmin guru. In Taxila, he improved his studies and became the teacher's favorite student. Observing Ahimsaka's performance, other students were jealous of Ahimsaka and planned to turn his master against him. Therefore they create a fake environment that Ahimsaka had seduced the master's wife and he boasted that he was wiser than his guru.

Learning the activities of Ahimsaka through his peers, the teacher was angry but he couldn't do anything to him. Therefore he made a plan and then asked Ahimsaka to present him 1000 fingers, each taken from a different victim as a guru dachina. The guru dachina is the traditional final girt offered to a guru before the teacher would grant his approval of graduation. The teacher asked this gift with the motive to kill the Ahimsaka in due course of time when collecting the fingers.

The sources indicate that Ahimsaka may have been very obedient towards the guru, therefore, he accepted the desire of his teacher. Other sources also mention that he was a Yakkha- a man-eating spirit with superhuman strength- in his previous life. It is believed that the guru's instruction aroused hidden traits of Ahimsaka. It is also suggested that he was outcast due to his behavior as shown by his friends. Since he has not accepted anywhere, he turned to be a murderer killing passerby, pilgrims, and traders wandering here and there and collecting a finger each from their right hands.

He first murdered the people who passed through the forest. Due to insecurity, the people began to avoid the roads. He then entered the villages and ruthlessly killed the person. He took the fingers. 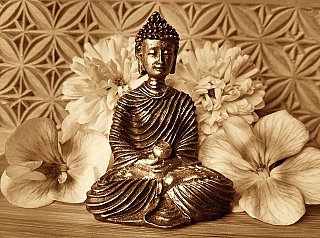 Conservation with the Buddha

The people were feeling very insecure therefore they went to the king and ask to hunt down Angulimala. Angulimala's mother learned the people wish to hunt down. She went to find him with the objective to warn him. The Buddha learned the intention of Angulimala's mother with the help of his divine eye. He thought that if Angulimala encounters his mother, he would slay her as his 1000th victim and fall into hell and if the Buddha himself encounter Angulimala then the case would be different.

Therefore, the Buddha set off to meet Angulimala. It is written that Angulimala first saw his mother and then the Buddha. He chooses the Buddha instead of his mother. Therefore he drew his sword and started to run towards him with the intention to kill the Buddha. Even though he was trying harder he couldn't reach towards the Buddha. With every effort tried, he later called upon the Buddha to stop. In reply, the Buddha reminded him that its Angulimala who needs to stop. Angulimala pondering about the reply asked for further explanation. Listening to the words of Angulimala, the Buddha preached about the way to nirvana.

Angulimala as a monk

After the discourse, Angulimala also became a member of the Buddhist order. He shaved his hair and bread. He followed the Buddhist culture. Learning the transformation of Angulimala, King Pasenadi, King of Kosala offered robe materials to Angulimala.

Angulimala sincerely followed the path of Buddhism. Most of the people forgave Angulimala but some of the people had resentments towards him. So he got attacked several times when he walked for alms.

Angulimala remained firm and invulnerable in mind and heart. His body was still exposed to the effects of his former evil deeds.