Buddhist deity, Mandarava is also known as the long life Dakini Mandarava, Machik Drubpai Gyalmo or Pandaravasini. She is one of the principal consorts of Padmasambhava or Guru Rinpoche, a founder figure of Tibetan Buddhism. He is also regarded as second Buddha by many Tibetan practitioners. Another principal consort of Padmasambhava is Yeshe Tsogyal. Mandarava is considered to be a female guru-deity in Tantric Buddhism/ Vajrayana Buddhism. 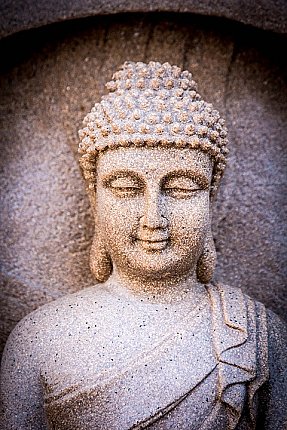 It is believed that Mandarava was born in Zahor and her parents were King Vihardhara and Queen Mohauki. It was said that her birth was accompanied by miraculous signs. Therefore she showed spiritual inclination at her early age. Her parents were against her inclination towards spirituality so the pressurized to accept an arranged marriage. But Mandarava was against this decision and was imprisoned in the palace dungeon.

At this period, it was recorded two different episodes by two different traditions. One explains that Mandarava led at least 800 women, including her entire personal assistants and advisors to the path of the Dharma. At the moment, Mandarava gave teachings to a group of 300 noblewomen. These teachings resulted in taking the Bodhisattva vows and built a Buddhist temple housing Buddha statues with the motive to practice meditation.

Another explains that Mandarava intervenes to end a war. She then offered teachings to a group of 500 war-affected women.

Observing the behavior and seriousness, King Vihardhara called her daughter and presented her a new palace. She then took both ordination vows and bodhisattva vows.

When Mandarava and her assistants were on a spiritual retreat, she met Padmasambhava. But her father was against with this relationship because he was fearful of the contamination of the royal bloodline. But he didn't show his emotions and asked both Mandarava and Padmasambhava to be purified by immolation through the flames of the pyre. The real intention of the King was to see the corpses of them. To his surprise King Vihardhara finds that the fire of the pyre has been transformed into lake Rewlsar which is now situated in Himachal Pradesh, India. At the moment the blooming lotus was raised. Observing this miracle, King Vihardhara blesses their relationship.

Mandarava along with Padmasambhava practiced meditation at Maratika cave, currently known as Haleshi in Nepal. This cave is also known as the cave of Bringing Death to an End. The cave ultimately converted into Maratika Monastery. Both Mandarava and Padmasambhava achieved the unified vajra body on the vidyadhara level of mastery. They realized some of the practices of long life or longevity that were concealed in the Maratika Cave as terma. This terma constituted the teachings of Amitabha Buddha and also of Bodhisattva Avalokitesvara. They also received, practiced and accomplished the Chime Soktik, a terma received directly from Buddha Amitayus.

With the serious practice and diligence, Mandarava realized a degree of spiritual mastery equal to that of Padmasambhava. She then got a name Machig Drupa Gyalmo and immediate translation in english is Singular Queen Mother of Attainment.

In Buddhist arts, the iconography of Mandarava often depicts in the sambhogakaya form. She is portrayed in white skin with a tinge of red and wearing regal bodhisattva ornamentation. In this form, she usually holds in her right hand the Dadar, a teaching tool, and ritual implement. Sometimes she also holds banners and a melong which is another ritual implement, and a teaching tool. Mandarava's left-hand holds a bumpa or long-life vase or wisdom urn of the ashtamangala.

Usually, Mandarava is depicted in a standing pose but there are some of the images of Mandarava in seating position or meditative postures. But she is represented in an energetic dance occasionally with her right leg raised, denoting her enlightened activity and dakini nature.

In the rare representation of Mandarava, she holds the Dadar in her right hand and a ritual skull cup.