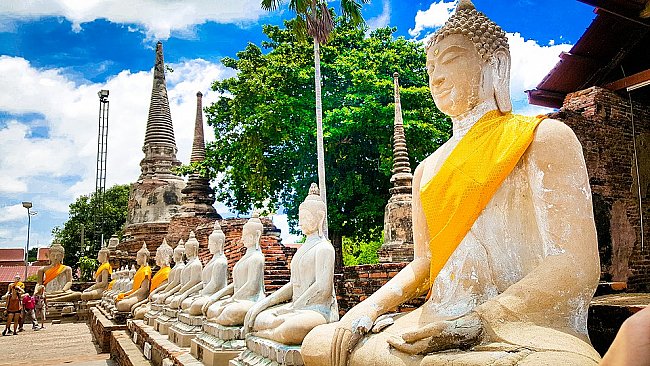 The Ayutthaya period began after the establishment of Ayutthaya as the capital city by King Ramathibodi I (King U Thong) in the 10th century A.D. The city survived until its second defeat in the 18th century at the hands of the Burmese troops. 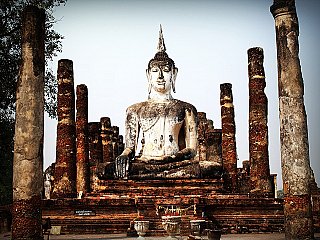 Early Ayutthaya Period: Art during the early Ayutthaya period was influenced by Lopburi art. Buddha images carved out of stone were highly prized.

Middle Ayutthaya Period: By this time Sukhothai characteristics had largely been adopted. The construction of large Buddha images became very popular and materials varied from gilded bronze to bronze plated and even brick and stucco. Postures included, seated reclining and standing.

A lion legged base was developed and the frontal decorative banner or 'Pha Thip' at the base with filled with elaborate designs and ornamentation.