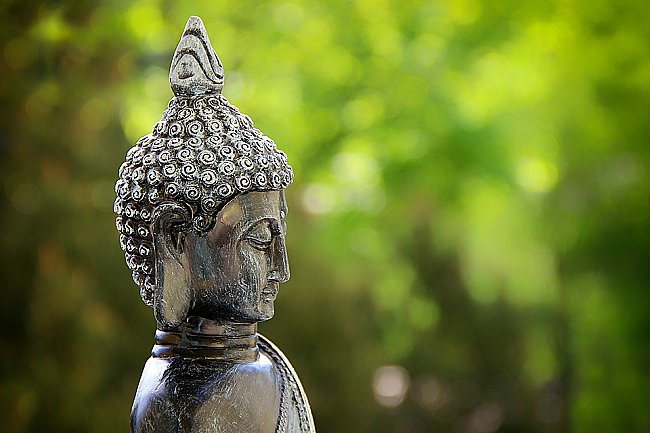 The Buddha statues created from the 11th century onwards are characterized by a cranial protuberance in the form of three tiered lotus petals. The hair band is featured and the hair is sometimes shown straight like human hair (occasionally curled).the cranial protuberance is cone shaped like a deity's crown. The head is normally decorated with a diadem or a face frame. The facial features include a broad slightly smiling face, thick lips, broad chin and earlobes that extend down to the shoulder.

The Buddha in these Buddha statues is normally shown as wearing robed draped diagonally with a straight edged mantle placed over the left shoulder and extending to the navel. Similarly, the Buddha images posed on a distinctive lotus petal base, featuring a unique border design around the lotus petal edges.

Naga Protected Buddha: the finial was formed in the shape of a lotus bud or an orb and the Buddha's robe would feature a distinct curvature at the waist. These Images were usually carved in the posture of meditation, seated with folded legs and Naga heads forming a protecting taper above the Buddha's head.

Naga protected Buddha in Royal Attire: The facial expression of the Buddha in these images is rather stern. The diadem featured a small band inserted in the centre and the petals in the lotus base sometimes included down turned lotus petals.