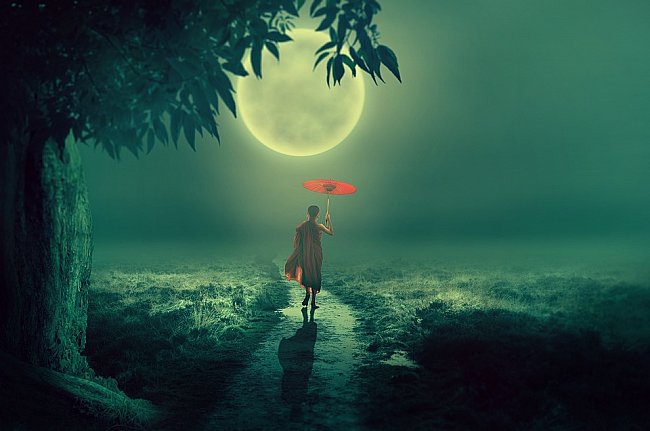 The current era, which is known as the Rattanokosin era, began when King Rama I established Bangkok as the capital of Thailand in the 10th century AD. The period can be categorized into two distinct Phases.

Phase 1: In the early Rattanakosin period (from the rule of King Rama I to King Rama II), characteristics from different periods were revived, particularly from the Ayutthaya era. As many as 1200 Buddha statues were moved from temples in the north for restoration work.

Because of this, principal Buddhist sculptures in many important temples in Bangkok and Thonburi belong to older periods, mostly from Sukothai (though U Thong and Ayutthaya styles can also be found). There was more emphasis on adornments than on the Buddha's expression.

Features became more humanlike through the integration of influences from the Ayutthaya and Sukothai periods. The aureole came to resemble an elongated flame. The cranial protuberance, the fine hair curls, long ears and the robes were retained. The robes, however, are distinguishable from the former Ayutthaya style by the decorative floral motifs.

Phase 2: From the reign of King Rama IV onwards, a greater exposure to western styles began to have some influence on Buddha statues. The King had redesigned the Buddha image to appear more human like omitting the cranial protuberance, the pleated robe and the cross legged meditation posture.

However, during the reigns of King Rama V and VI, the styling of Buddha images was further changed to follow the Indian Gandhara style.

This style retained the more human appearance but re-established some of the Buddha's traditional characteristics such as the flame aureole, the cranial protuberance, the curled hair, the long ears and the robes.